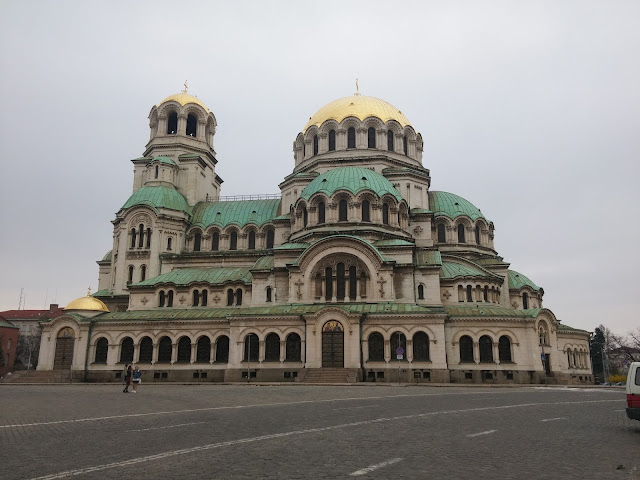 Sofia is the capital and largest city of Bulgaria.  The city has a population of 1.26 million, while 1.68 million people live in its metropolitan area. The city is located at the foot of  Vitosha Mountain in the western part of the country, within less than 50 kilometres (31 mi) drive from the Serbian border. Its location in the centre of the Balkan peninsula  means that it is the midway between the Black sea and the Adriatic sea whereas the Aegean sea  is the closest to it.
Sofia has been an area of human habitation since at least 7000 BC.  Being Bulgaria's primate city,  Sofia is a hometown of many of the major local universities, curtural institutions and commercial companies. Sofia is one of the top 10 best places for start-up business in the world, especially in information technologies. Sofia is Europe's most affordable capital to visit as of 2013[update].

Unlike most European capitals, Sofia does not have any large rivers or bridges, but is surrounded by comparatively high mountains on all sides.
Sofia holds Bulgaria's largest museum collections, which attract tourists and students for practical studies. The National Historical Museum in Boyana district has a vast collection of more than 650,000 historical items dating from Prehistory to the modern era, although only 10,000 of them are permanently displayed due to the lack of space.
I hope you like the post, follow my blog, white your opinion in the comment, and enjoy. 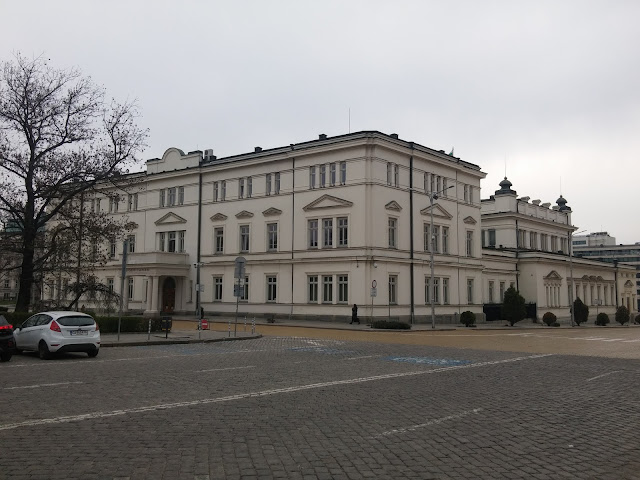 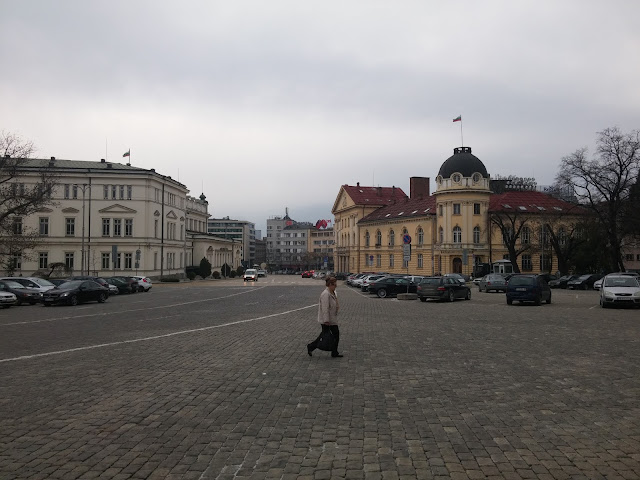 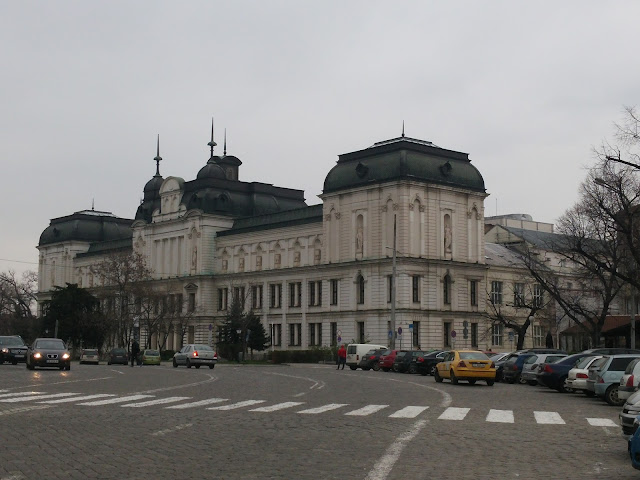 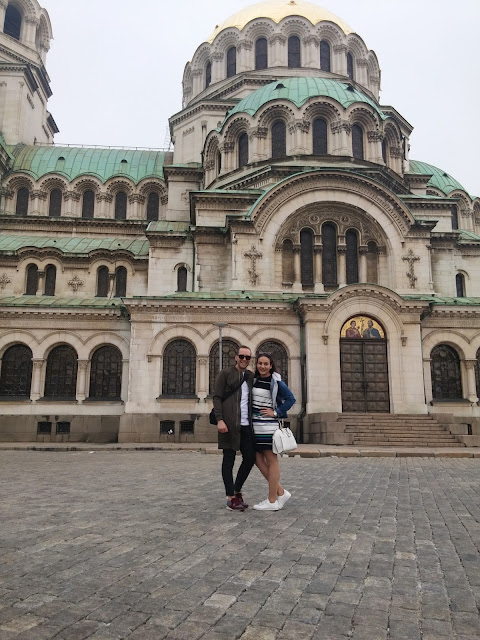 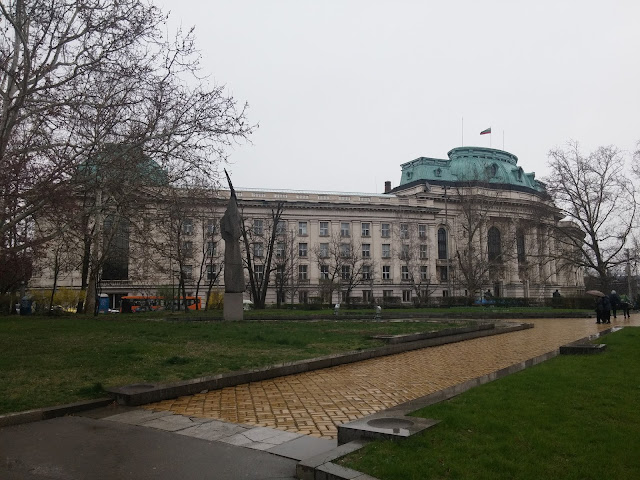 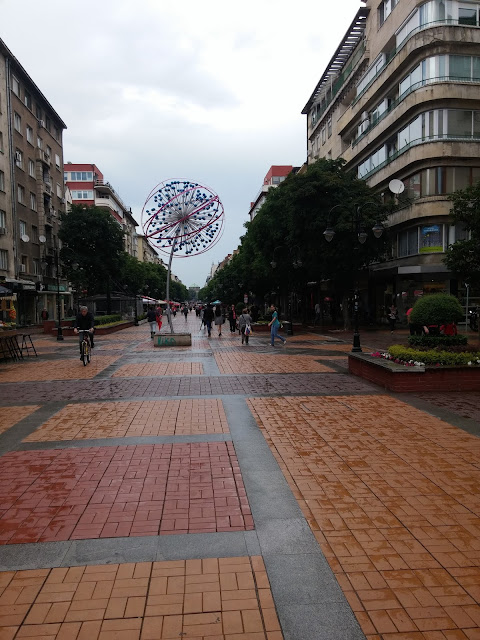 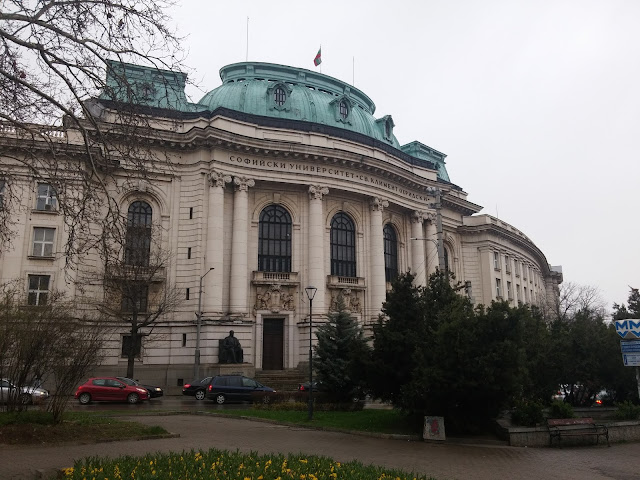 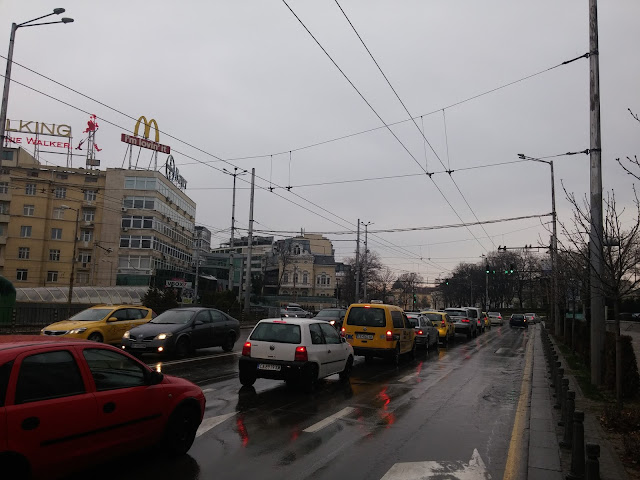 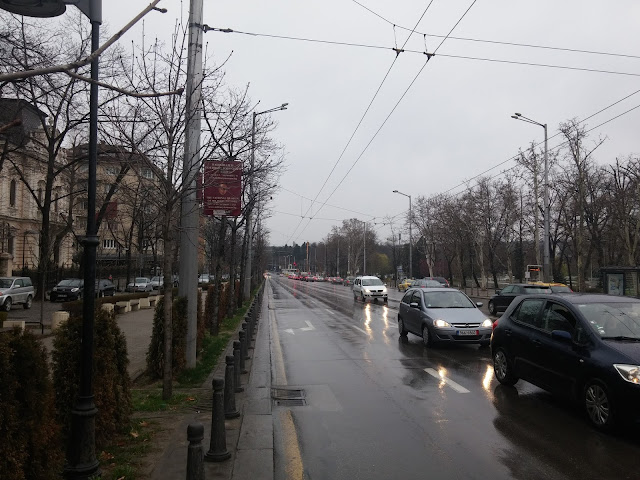 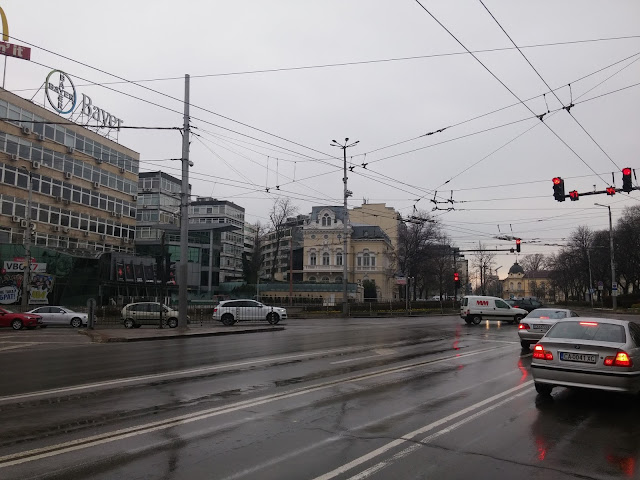 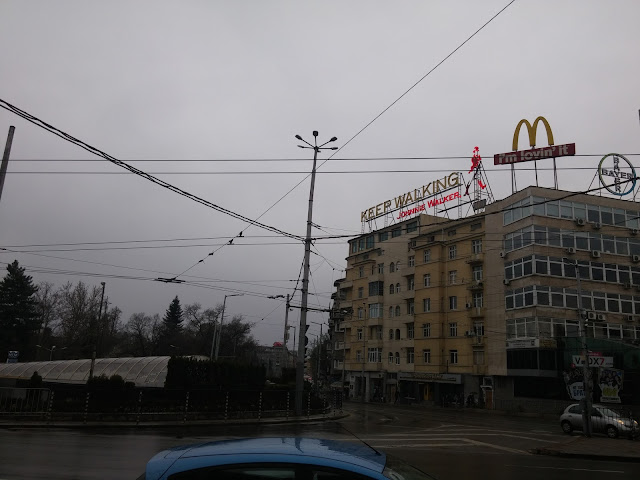 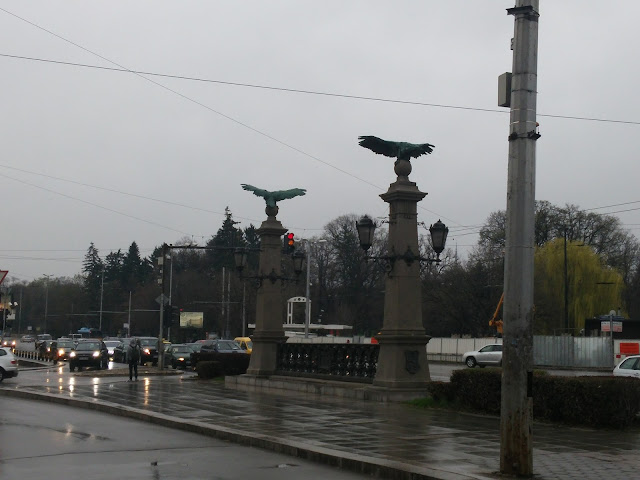 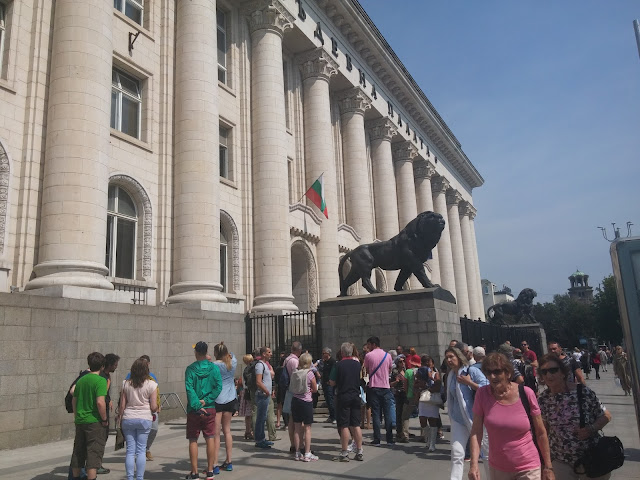 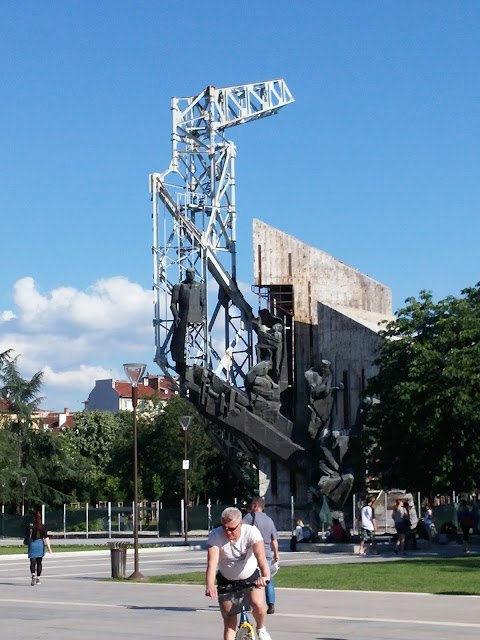 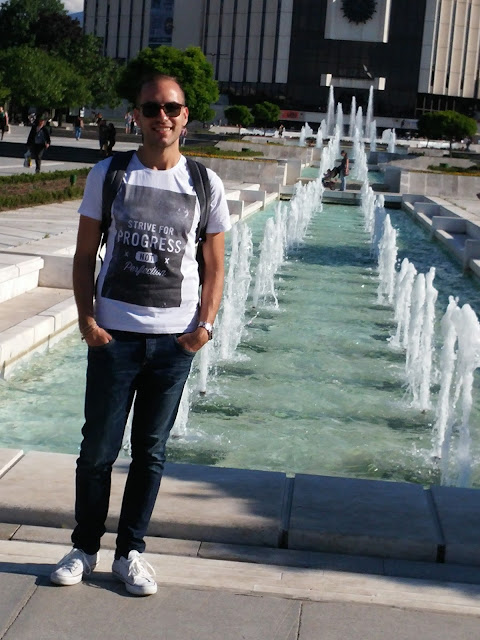 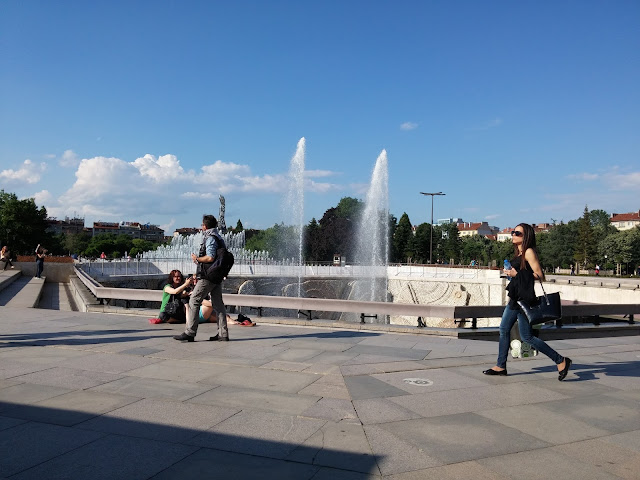 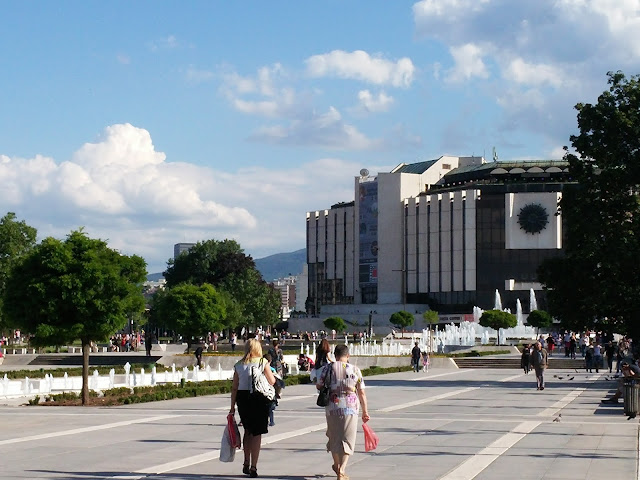 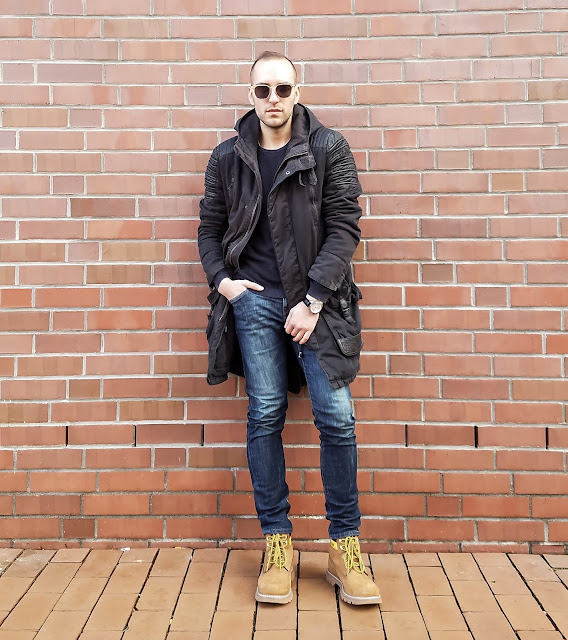 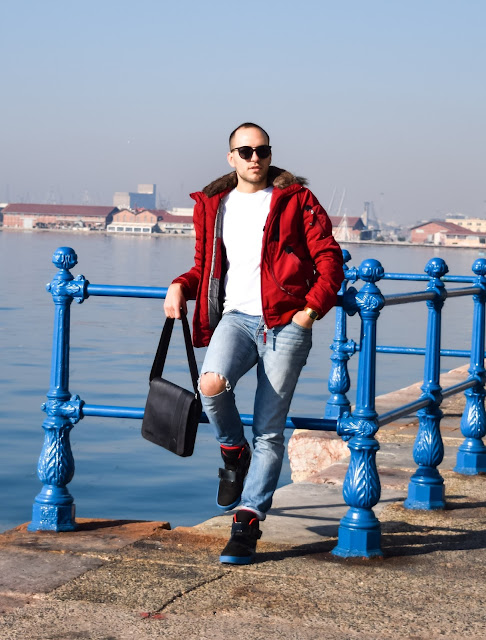 Hello friends, I hope your like my blogging, I will continue the same and even better still. I´m very excited to present to you these photos. Were made in Thessaloniki, Greece, was there for the New Year, with my best friends, my recommendation, the city is beautiful. For this combination, wearing a beautiful red jacket, feather, very thick, warm, comfortable and has a good feel to it, has a beautiful fur on the collar and on the hood, perfectly fits in any combination, casual or sporty. Bright jeans without elastin, torn at one knee, perfectly go with any shirt or sweatshirt, and with sneakers, shoes or boots, excellent fit with all. My favorite brand of jeans are I think everyone should have these in your closet. Sneakers your saw in one of the top posts, are comfortable, the black color that goes with everything, sports, white blouse is very good and complements each combination. Sunglasses are quite dark perfect for strong sunny days, do not feel that you have them on
Read more

How to combine sportswear for daily use 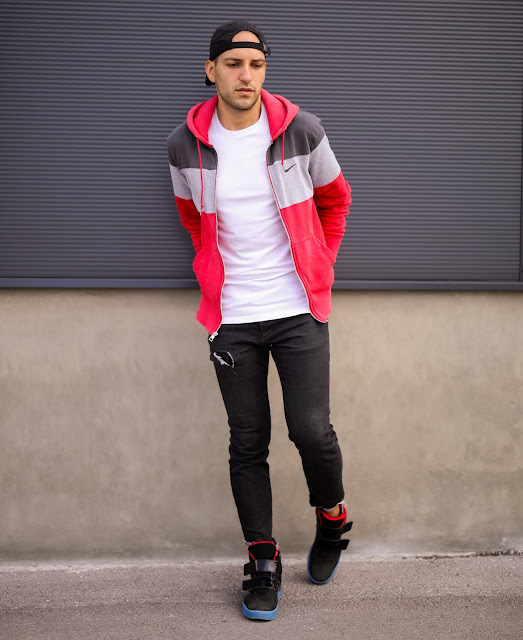 Hello friends, most people like to wear sweatsuit and jeans, sports wear is very cozy and comfortable. For this post I wear a combination of sports which is always modern and attractive, that you can wear to a night out, for a walk around the city, go to training, university, school,... It will still be a relaxed style, but you will nonetheless demonstrate that you are thinking about your appearance. The jeans are made of black denim, without any Elastins, still very comfortable and of excelent quality. They can be well combined with some sneakers or shoes and shirt. I´m wearing a beautiful sweatshirt, consisting of two coloers, gray and red, very striking and fantastic goes along with the whole combination. I put on my simple, comfortable, white blouse to complete the combination. Because it is too simple, it emphasizes the fantastic sweatshirt. Sneakers are very comfortable, leather, I feel great in them, perfectly for sports activities as well as for walking, quality and be
Read more